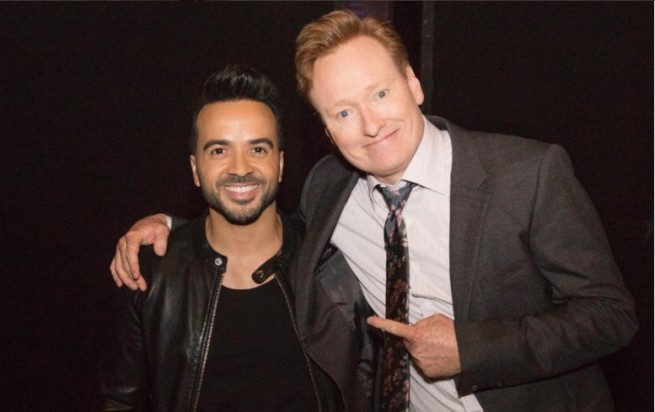 While y’all were busy reporting on the latest tweets of our Commander in Chief, Luis Fonsi paid a visit to Conan O’Brien, because life is determined to drive me crazy poquito a poquito…

I don’t know you, but if the creators of the “smashing hit” have their way, I will end up very soon in a mental institution or — better yet — chopping my head off so I don’t have to hear THAT THING EVER AGAIN. 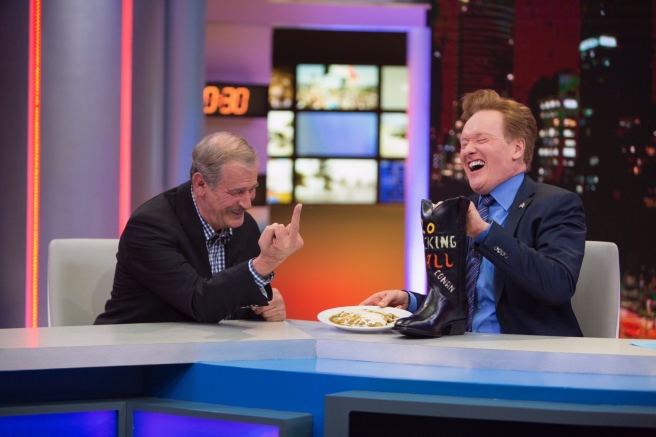 Vicente Fox, who has jumped to gringo fame of late for his in-your-face defiance of Donald Trump, is (sadly) among the guests of honor of Conan O’Brien’s upcoming Mexico episode.

I will be watching this thing tonight, of course (mostly for Conan *and* Mexico), but I’d like to extend a formal apology in advance to my American friends for this guy, who went from being a local embarrassment to an international one…

Watch as Vicente Fox hands Conan O’Brien a very special pair No Fucking Wall Boots. Click on the photo below to watch video. 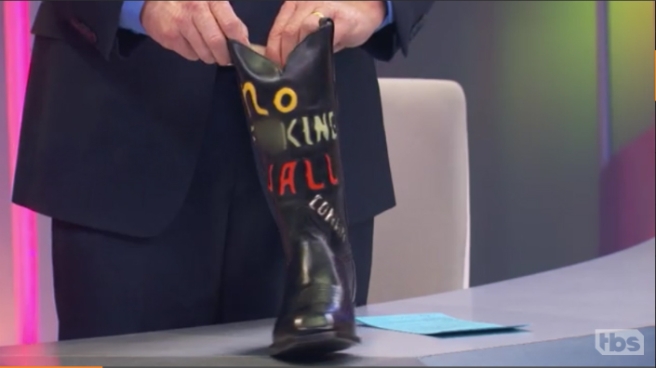 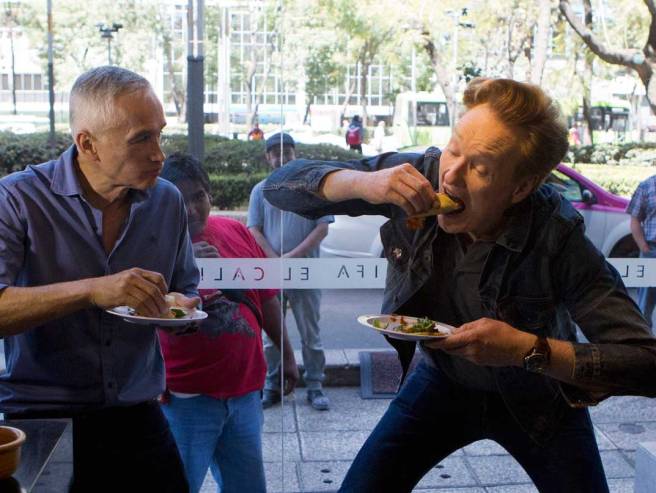 You might not be aware of this, but Conan O’Brien is in Mexico City, thus having much better food — and fun — than the rest of us.

This week, as part of his ongoing Mexico City adventure, the famed TV presenter was spotted sharing a few street tacos with none other than Jorge Ramos, the Univision anchor who managed to pissed off Trump way before the rest of the “evil, flailing media” did.

Anyhow, Conan Without Borders: Made In Mexico premieres Wednesday, March 1st on TBS and this blogger cannot wait.

In these “interesting times,” in which the most important diplomatic decisions are made on Twitter, it’s only fitting that the only person that seems qualified to repair the much damaged U.S.-Mexico relation is… a television comedian.

Sí, señor. Conan O’Brien, who jumped to this blog’s fame with his telenovela Noches de Pasión, will be taping an entire episode of his TV show in Mexico, using an all-Mexican staff, crew, guests and studio audience.

The goal? Apparently to investigate if such a barbaric country can produce more than just criminals and rapists.

Conan Without Borders: Made In Mexico premieres Wednesday, March 1st on TBS and this blogger cannot wait!

more about ““Conando” Acknowledges His Spanish-Sp…“, posted with vodpod