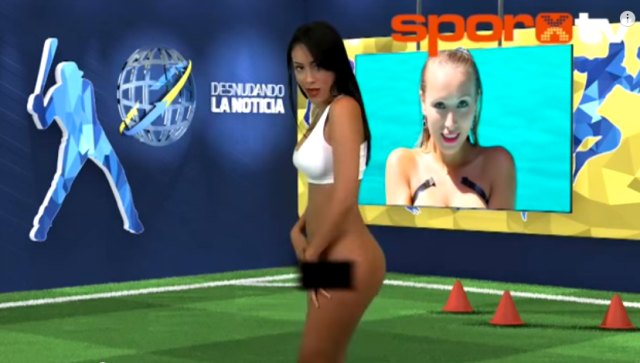 Some people really have an on camera talent

I couldn’t make this stuff up if I wanted.

Venezuelan TV host Yuvi Pallares thought it was an awesome idea to get naked as she reported the news about Cristiano Ronaldo dating Playboy model Daniella Chávez.

Don’t be too shock, though. The stunt is fairly common — and pretty much the Raison d’être of Desnundando la Noticia, a Venezuelan “nude-delivering news service.”

NOTE: I’m filing this under Latin American TV journalism and saving my sarcastic remarks for later. (See? I’m busy NOT being that kind of reporter right now).

Just WATCH. Cringe. Repeat (or not.)