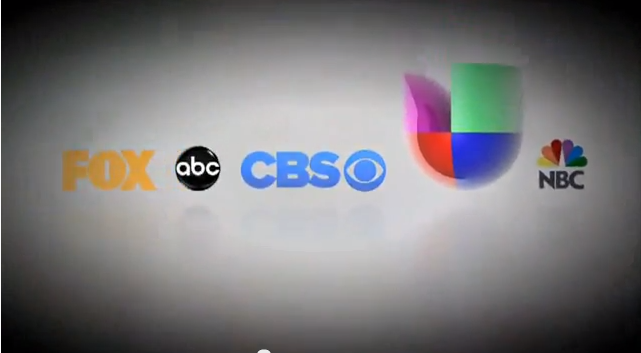 Univision was so happy that its flagship Spanish-language network beat NBC in the February sweeps, it launched an English-language TV spot to spread the news. The ad features some of the network’s most popular shows; a mix of music, soccer and telenovelas and –of course– a few bikini-clad señoritas. 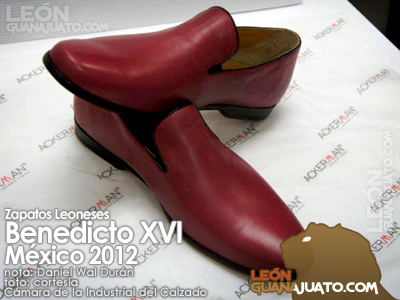 UPDATE: Thanks to my followers I learned Benedict will not necessarily wear his Mexican shoes on his last day (Feb. 28) but will “definitely” keep them upon his retirement.

The Vatican today announced Benedict XVI will lose the Swiss Guard, the papal ring and his iconic red shoes when he retires Feb. 28. He will, however, hang on to his Mexican brown leather shoes… which this blog will refer to as #Papos.

Happy retirement… and Keep on walkin’ 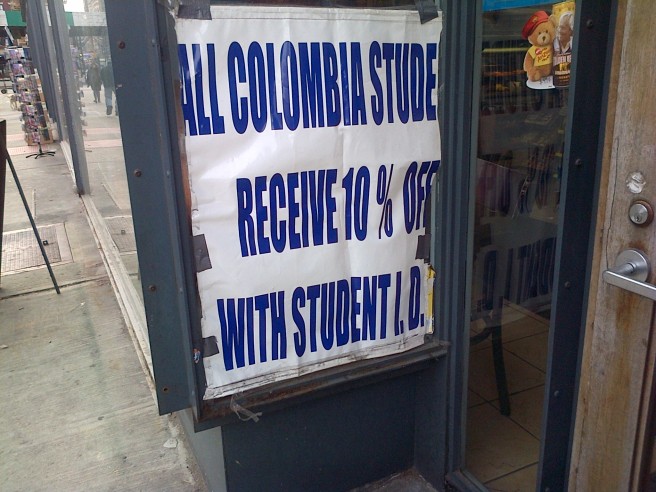 So this morning, Piers Morgan tweeted this question to his 3.3 million followers: 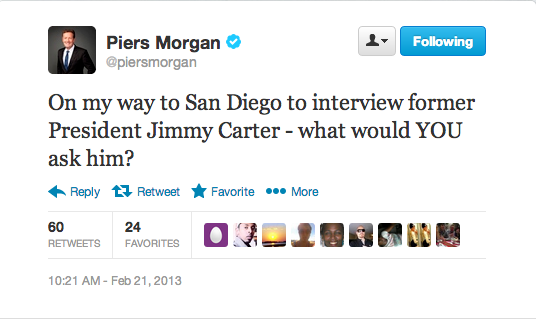 Despite my being , super busy, I suggested the following:

This is what I got. 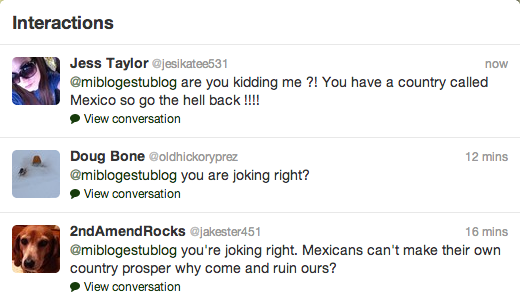 NOTE to British writers/bloggers for The Guardian: When unsure about how to  illustrate a story (or stories) regarding Mexico, Latin America or some other such place, go with a hat (any hat, really) and stay on the safe side. 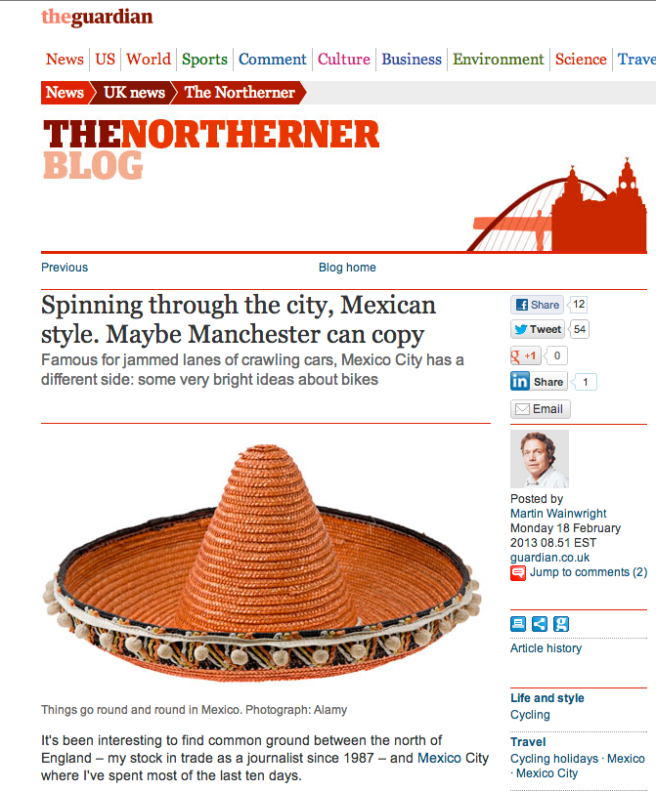 Of course, Mi Sexy Chambelán was the absolute favorite of 2012… 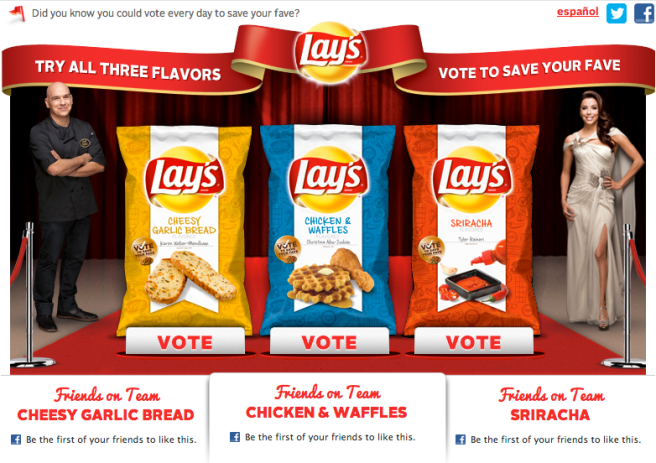 Eva Longoria, this blogger’s favorite retro-acculturated Latina, might have been successful in her quest to get Barack Obama re-elected. But this time she needs your vote to accomplish something yet more significant -and potentially delicious: She wants your VOTE to help Lay’s choose its next flavor of potato chips.

Sí, señor. Longoria (aka “La Prieta Faya”) this morning visited New York City to ring NYSE’s bell on behalf of Lay’s and even spoke to Fox News about her latest campaign, Do Us A Flavor, urging Americans to vote among three potato chip flavors: Cheesy Garlic Bread; Chicken and Waffles and Sriracha. 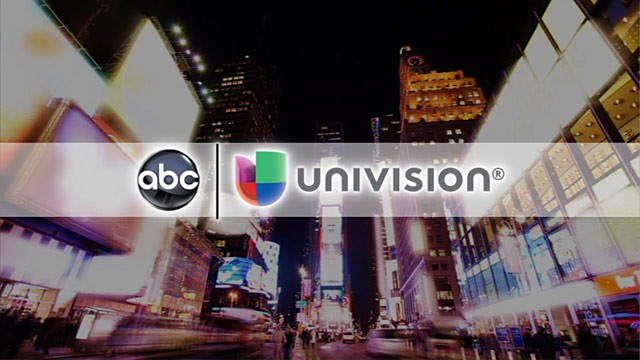 The folks over at ABC/Univision took advantage of the whole Let’s-Make-Fun-of-the-Pope thing to sneak in a late-afternoon press release announcing the name of their upcoming cable venture. The partners have settled on Fusion, which -in case you were wondering- is English for Fusión. (Sorry for the explanation, but you never know with the monolingual crowd.)

I think that if these guys were going to settle on a Ford model, they should have picked Fiesta instead (you know, in keeping with the Latino onda and all.) Still, considering they failed to consult with this blogger before making such a dramatic announcement, I think the name is OK.

Anything -ANYTHING- sounds better than Milán Piqué.

Don’t you just love it when marketers go out of their way to cater to our fine Hispanic palate?

Here’s a video of a very cheerful person named Alison teaching us how to give a Latin twist to a regular, non-Latin-twisted Lasagna. The concoction contains frozen chopped spinach, tons of ricotta cheese, chorizo, Philadelphia, shredded mozzarella and parmesan cheese. Yummy! 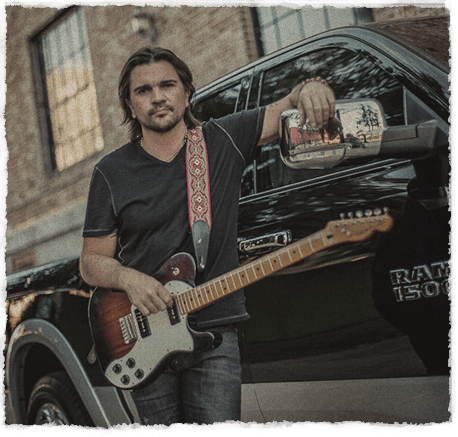 Hispanic news outlets and bloggers continue to blast RAM’s God Created a Farmer for forgetting to acknowledge what “real farmers” in America are all about. What RAM critics fail to see is that the automaker’s Hispanic campaign actually features a “really real” macho troca-driver; a tough hombre who would do whatever it takes to get ahead, even if that means driving around in a gas guzzler.

Sí, señor. In order to pitch their trocas among the Latino macho in you, RAM has picked none other than the gentle, baby-faced, environmentally friendly Juanes, who is featured driving around a RAM truck for some inexplicable reason.

This blogger has only one thing to say. Ha ha ha ha. Or -as we say in Spanish- ja ja ja ja.

Taco Bell, the food chain that brought you the Dori-Taco and other inedible stuff, charmed millions -me included- with a hilarious TV spot that broke during last night’s Super Bowl. Created by Deutsch, Viva Young features a group of ‘viejitos’ having a wild night: Getting tattooed, making out in bars, breaking into other people’s swimming pools and driving around recklessly… all this to the tune of a heavy-accented Spanish-language version of Fun’s We Are Young.

Viva Young spot was, by far, this blogger’s favorite from last night’s commercial parade. If only Taco Bell’s food could be as good as their TV spots… 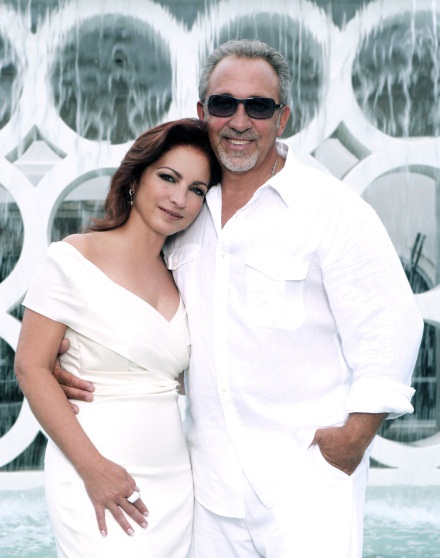 Well, not quite yet. But Estefan Enterprises and the Nederlander Organization today announced a plan “to develop and produce a new Broadway show inspired by the music made famous by Gloria Estefan and her husband musician/producer and entrepreneur Emilio Estefan.”

Per a press release:

“The musical will be set in a way that tells the Estefans’ riveting life story detailing their journey all the way from Cuba to superstardom.”

Details are still sketchy, but this blogger will be very, very interested in seeing how the whole thing turns out. One thing I can tell you for sure: Should the Broadway musical come to fruition, I’m sure Mr. Estefan will produce a kick-ass DVD, which will then be properly included among Emilio Estefan Picks for Target Stores, which -as this blog accurately reported– include tons of Emilio Estefan stuff.