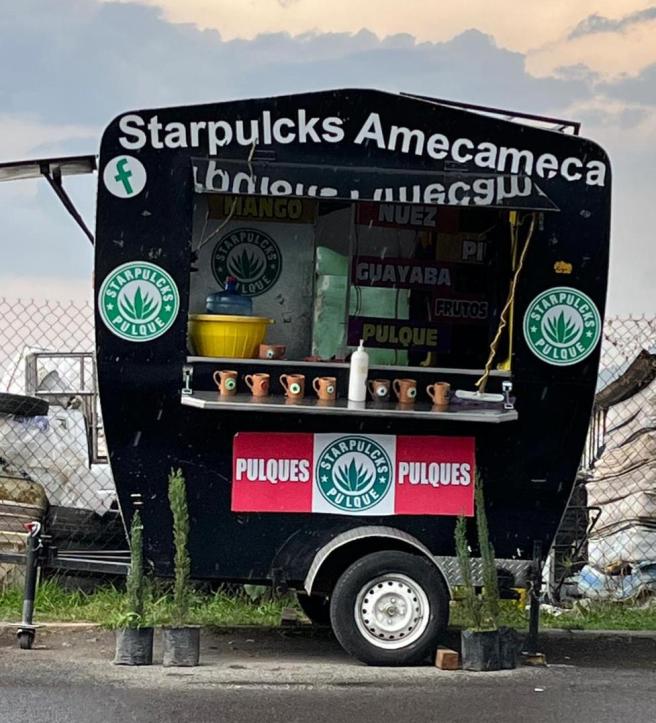 Why settle for Starbucks when you can have Starpulcks?

It will never not be funny to me that beans and corn have come to become synonyms with Mexican food. No matter how varied and wonderful our cuisine actually is. Here is the latest specimen found at my local Konzum in Zagreb.

Filing under Mexican Food According to Croatia

So, here I was, strolling through the capital of Croatia, taking in the sights and sounds of this gorgeous city, when I bumped into “Taquitos Bandidos,” a small joint in Downtown Zagreb luring visitors with the promise of “Street Food.”

Of course I didn’t come all the way here to eat make-believe Mexican food, but I was intrigued and walked in to see the menu, which was brought to me by a family of flautas dressed like “bandidos,” complete with mustachios and sombreros, with one of them even waving a gun.

The menu features your regular taquitos, quesadillas and “spicy dips,” but of course, being from someone totally clueless about what Mexican food is all about, it includes chilli con carne and… chicken salad wraps. 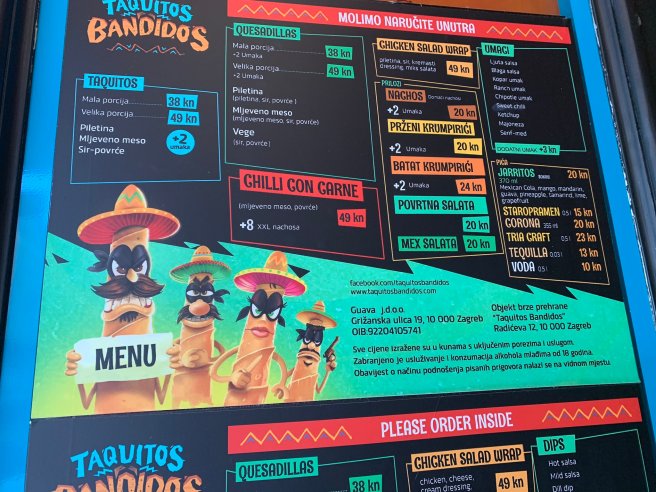 The only good thing I found here was that they actuallly sell Jarritos, which of course cost as much as a bottle of Corona and way more than what they believe is tequila.

As for the food, well if it looks like this … so don’t blame me if I go in there soon to ask them to DELETE THEIR MENU.

As y’all probably know by now, on June 24, 2022, the not-so-Supreme Court of the United States decided to overturn Roe v. Wade, effectively ending the constitutional right to an abortion after almost 50 years.

This – obviously – sucks for millions of American women, especially those in 13 states where abortion has immediately (or will very soon) become illegal following the ruling.

One of such states is Texas, which will soon initiate a so-called “trigger law” that will make performing abortion a felony.

Wanna know how bad this is? Under Texas’ law, an abortion provider could face life in prison –yup, LIFE IN PRISON – and fines up to $100,000 if they perform abortions or help facilitate one. The same goes in other nutcase states, including Idaho, North Dakota, Utah, Wyoming, South Dakota, Missouri, Kentucky, Tennessee, Oklahoma, Louisiana, Arkansas and Mississippi.

And all this brings me to the reason of this post (and the end of my ranting): A small, but thriving, safe heaven in Northern Mexico awesomely named La Abortería, where two women are determined to help Mexicans get access to safe, affordable, medically induced abortions.

The plot twist here, is that the founders of La Abortería are already bracing for an influx of Texan women seeking help –as we’re all assuming nobody wants to spend life in prison for not wanting a baby, right?

According to Bloomberg Law, while the Mexican abortion networks had helped one or two Texans a year, now they’re helping about five Texas women a week get medical abortions. Of course, I’m aware this great option is not open to all, and it requires people travel, leave their work, kids, etc. for a while to go get help in another country.

And this, my friends, is yet one more reason to be enraged. The end of Roe is not the end of abortion in America; it’s the end of safe abortions for the not-so-rich, Americans.

The mexicans have done it, my friends. I hereby present you with IPANDEMIA, a West Coast IPA celebrating “los héroes de la salud,” the heroes of our health –forever and ever.

(Filing under Mexicans: How Can Anyone Not Like Us?)

I get it, “cola” is a type of carbonated soft drink, but if you promise me a bigger butt at a moment when I’m trying to shed my COVID weight, well, just move on. Nobody here needs a bigger cola.

As seen on a menu in Washington, D.C.’s Lauriol Plaza restaurant. 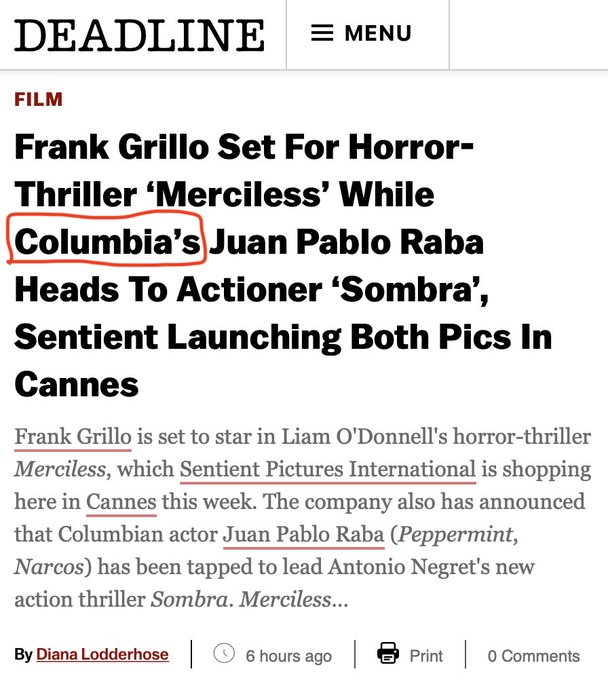 In case you were wondering, this blog continues to keep tabs on mainstream media and the #ItsColombiaNotColumbia gaffe. This time the honor goes to Deadline.com

Because, you know, it’s not over until it’s over. 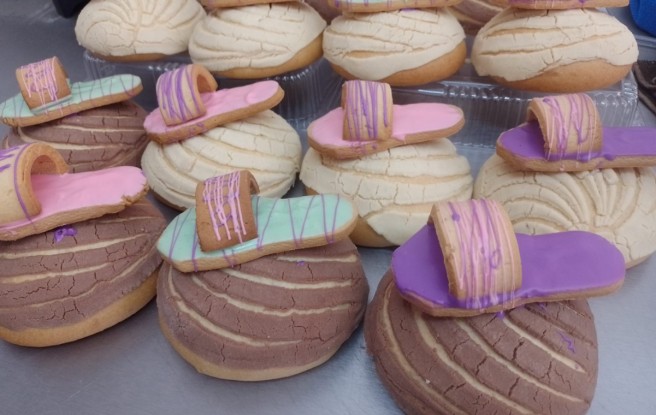 Move over Con-chamacos! Mexican Mother’s Day is today, so Panadería KaryCar, a pastry shop in Jalisco, had the awesome idea of launching the con-chanclas, a concha/chancla combination that is going to make your mamá very happy.

Now… if they only worked a bit harder on their grammar, because, as y’all know: #AccentsMatter

Filing under Mexicans: How Can Anyone Not Like Us?

Filing under Mexicans: How Can Anyone Not Like Us?

No matter how many bizarre holidays Americans come up with, Cinco de Mayo will forever be my favorite. And not only because it’s an excuse to drink all day and yell ¡Viva México! while thinking it’s Mexican Independence (it’s not) but because it is also the time of year that brings out the  most creative marketing brains to sell Americans everything, from DIY printable fiesta kits and taquito shooters (whatever that is,) to senseless drink mixes, “ethnic food” and even life-size cardboard Mexicans as scene setters.

This time around, though, in honor of that amazing marketing tool known as Twitter, I’ve put together a few tweets making their way to my timeline using the #CincoDeMayo hashtag. This has only begun, so, please help me by tweeting me your own personal horrors for 2021 Cinco de Mayo and let the “Mexican” madness begin!

Happy #CincodeMayo! Chef Christine has a special Chocolate Churro doughnut today at all shops! Enjoy this cinnamon sugary, chocolate ganache-y beauty with a cup of @CompassCoffeeDC.

The southern lady who cooks

We will be celebrating #CincodeMayo with our Mexican style meatloaf. It gets great reviews and is a popular, delicious recipe anytime. #meatloaf #Mexican #holiday #recipe ➡️ https://t.co/3jcer7PiXI pic.twitter.com/KtLM680GEC

Break out your sombrero… Cinco De Mayo is here.
Here’s to a day filled with laughter, music and joy!
🌮✨🎉#CincoDeMayo pic.twitter.com/7zaj3WvLVg

— The Greens at Pinehurst Rehabilitation (@the_pinehurst) May 5, 2022

And remember: part of #financialwellness is learning how to enjoy your money now and then! Enjoy the day, and maybe some tacos and tequila too. 🌮 🍹 #CincoDeMayo pic.twitter.com/8m8vVz3YuS 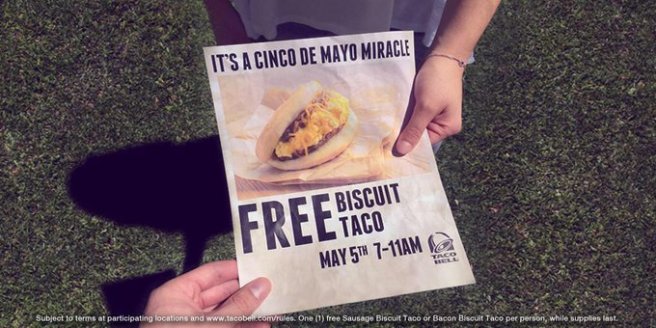 Note: This post will be updated on a regular basis.

You may not know this but Semana Santa (Holy Week) is a very important religious holiday in Mexico, and among the many events that take place during the course of the week, the so-called passion play is one of the most popular — and well-attended. It consists of a representation of the via crucis, and involves everyone, from workers, students and housewives who become actors for one day to play the roles of Jesus, the Virgin Mary, the Nazarenes, the apostles — and other characters (not all of them strictly Biblical) including a spy, a dog, and a wandering Jew.

In the play, when Christ gets captured, we see him carrying a cross a long way and until he reaches a location that represents Mount Calvary. In the most famous of these representations (the one that takes place in Iztapalapa) we see Christ carrying his cross from the town’s main square to the nearby Cerro de la Estrella in the heart of Mexico City.

Unfortunately, not all Mexican towns and cities have a mountain or even a hill around, so they resort to crucify Jesus on pretty much any location, including an electricity pole. This, as you can imagine, can have bring about some funky accidents. 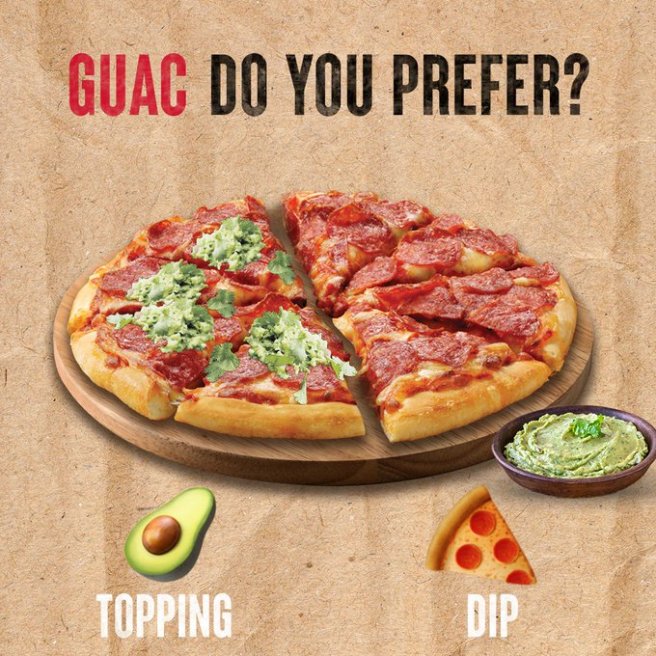 Pizza Hut Australia tweeted the above image to its followers asking what they’d prefer on their pizza: “avocado dip” (whatever that means) or -I assume- a regular topping. I’m too busy to elaborate right now, but it is my opinion that multinationals should just leave aguacates alone.

… oh and don’t get me started on the copy.

Mexicans this Sunday are going to the polls on whether their president Andrés Manuel López Obrador (aka AMLO) should end his six-year term or continue to the end.

The referendum, unusual for the country, will only binding if at least 40% of the country’s electorate votes, and AMLO is hoping on his popularity to achieve that figure.

He is so confident he’ll get the votes that he intentionally nullified his own ballot by scribbling “¡VIVA ZAPATA!” on it. This blog post will be updated throughout Sunday, because qué risa! 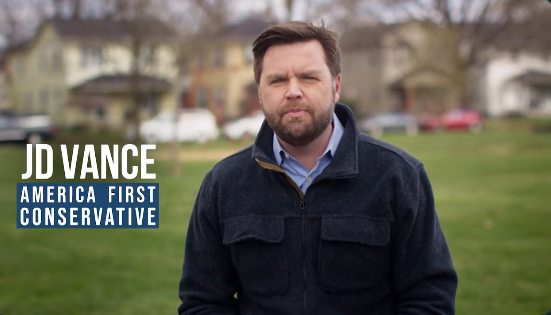 Are you a racist? pic.twitter.com/Fdknxld39i

Soon after making its debut across social media, the 30-second spot had amassed more than 300,000 views on Twitter. And this blogger is pretty sure it had to do with Mexicans like herself jumpin in to troll him like only Mexicans can.

Below, some of my fave reactions (starting with yours truly, of course!)

me when the nytimes puts peas in guacamole pic.twitter.com/T4IUJZNx33

when there’s no chente on the karaoke list pic.twitter.com/REDMoJsqZp

Me when people tell me they love torchy’s tacos pic.twitter.com/3XwEnqdzOj

When they start singing Sweet Caroline at a ballgame… pic.twitter.com/aU5U6U4gN8

When people ask me if I speak Mexican https://t.co/YeyJTZgo2O

Me when somebody says “let’s go to Taco Bell”. pic.twitter.com/ryo2OAA9xP

When executives say there is no audience for Latinx podcasts. https://t.co/SgLTO8WqWB

Blogger’s note: This post will be updated throughout the day, because ¡qué risa!