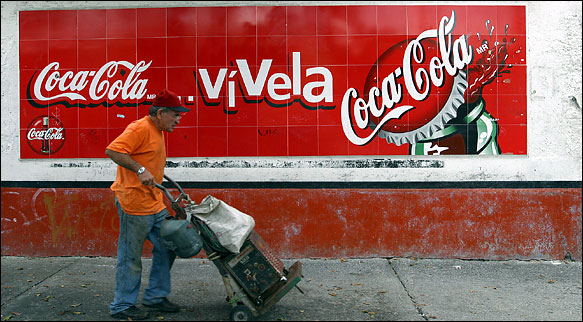 If you thought the soft drink giant a.k.a. The Coca-Cola Company couldn’t care less about the growing multicultural crowd, think again. The company this week laid out its vision for the future, which means a “strong focus” on multicultural marketing as soon as … 2020.

But that is not all. As Katie Bayne, CMO of Coca-Cola North America, was quoted saying:

“Our multicultural plans are now 12-month plans. It is no longer Hispanic heritage month followed by Cinco de Mayo […] We have a deep connection through the World Cup with Hispanic males and through the novelas with Hispanic females.”

Don’t believe everything you hear: Lou Dobbs is actually our BFF and he wants us to know we are not the ones responsible for bringing leprosy to this country… it was -who else?– those damn South East Asians…!

So, in solidarity with my fellow, recently-fired communicator, I am hereby boycotting curry and noodles [until further notice].

[If you have nothing better to do, and want to watch the full interview, where Telemundo’s María Celeste Arrarás calls him “Mr. Dobb” instead of Mr. Dobbs- click here:]

Tired of your same old Yellow Tail? Here is a 2007 Shiraz that will lift your spirits and will probably leave you wrestling a mortal resaca the following morning.

According to wine enthusiasts, the Luchador Shiraz is “dark purple and deep red in color and has copious amounts of vanilla, black licorice, oak, and blackberry jam on the nose.”

I don’t know you, but this blogger is reluctant to try anything that will potentially make you feel like having “blackberry jam on the nose.” But after embarking on a 2-minute Google search serious investigation, I found that this wine is for real and was conceived by some Aussie guy who wanted his beer-drinking beers to try something a little more sophisticated.

According to the wine’s creator:

“A Mexican friend of mine took a bottle to a family party of about 200 in East Los Angeles and someone commented, ‘I’ve never seen a wine with Hispanic appeal before.’ I love it when stuff like this happens.”

Alas, at $17.99 a bottle, the thing is a little too steep to appeal this particular Hispanic (i.e. an underpaid blogger). So next time I attend a family party of about 200, I will stick to my case of Coronitas. 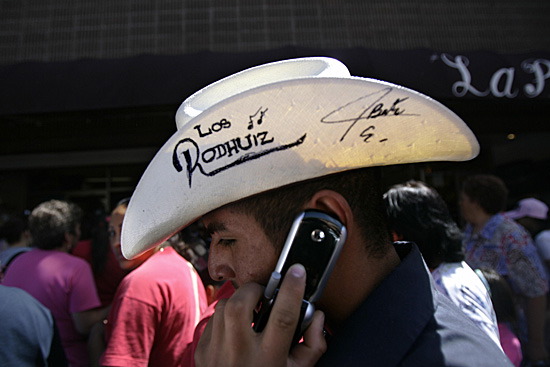 Ready to cross the Rio Grande but have no idea what direction to take?

Worry no more, vatos! Ricardo Domínguez, a Mexican activist, hacker and -from this day on- this blogger’s favorite person ever, has come up with a tool to assist Mexicans migrant workers to safely cross the border into the U.S.

According to Domínguez, who actually has a legit job at the University of California in San Diego, all you need is a $30 GPS-ready Motorola phone, which you can comfortably purchase on eBay.

So next time you see a group of kick-ass-looking border governors trying to scare you away, just follow your TIT and -as our friend Johnny would say- Keep Walkin.’

In a recent tweet post, La Chica Dorada tells us about her really fascinating trip to what we believe is Cartagena de Indias, Colombia.

You might not know this but The Hollywood Reporter this week named Eva Longoria (a.k.a. La Prieta Fea) “Philanthropist of the Year,” reportedly…

“For her relentless dedication to giving back to her community and serving others as well as for her long-standing commitment to Latino causes.”

Which I think is great, because as a member of the uninsured Latino community, I could use a discount on the $34 Spanish tortilla that graces the menu pages of her Hollywood eatery.

Now, that would be very philanthropic… and delicious!

Upon rejoicing over Lou Dobbs’ departure from CNN, New York City’s El Diario La Prensa graces its cover with yet one more wonderful headline, this time dealing with the potentially deadly H1N1 virus, from now on also known as “La Puerca” –not to be confused with “La Prieta,” who by the way also happens to grace the paper’s Sunday cover. 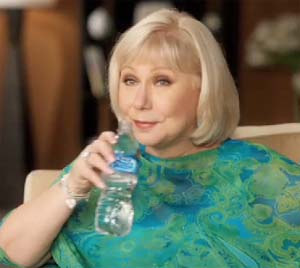 Question: How does Nestlé Waters North America celebrate “its commitment to the Hispanic community?”

And no, this is not a joke, nor an hallucination of this blogger. El Mercado del Agua is opening its doors as we speak (Saturday Nov. 14) and Univision’s one and only Cristina Saralegui is there right now, ready to autograph your own bottle.

Are you still here???? What are you waiting for?!! Get your fat Latino ass off the sillón and go get your dose of celebrity-endorsed water!

Under an op-ed piece titled Good-bye to an anti-hispanic, New York City’s El Diario La Prensa today applauded CNN for the decision to oust Lou Dobbs, who -among other things- had claimed immigrants are responsible for “an increase in leprosy in the U.S.”

“We applaud the determined organizing by Latino, immigrant and media groups and we applaud CNN for coming to the right decision… Now, we’re off to get Beck and O’Reilly.”

[Well, actually that last bit was a contribution by this blogger.]

Upon hearing the news of Lou Dobbs departure from CNN to go and save the whales, fight climate change and engage in constructive problem solving, I decided to re-post this, his finest interview. Ever. And Ever.

What will we do without him?

Forget George Lopez and his jokes about Mexican food and flatulence.

This, my friends, is what us, the not-yet-acculturated, Spanish-dominant, Univision junkies are actually watching every so often on Spanish-language television.

[Oh, and this is what I call late night entertainment!]

Something very strange seems to be happening to Sammy Sosa, who was spotted last week in Vegas, while attending the Latin Grammys.

Rebecca Polihronis, a former Clubs employee, told the Chicago Tribune that Sosa’s lighter skin is nothing but the result of a skin rejuvenation process. “He is in the middle of doing a cleansing process to his skin,” she said.

That may very well be the case, but if you asked me, I think the retired ball player is only trying to get an invitation to El Show de Cristina or at the very least land a small role in a Mexican telenovela.

So let’s give him a break, damn it!

Julio César Chávez, the famous Mexican boxer who brought us the Energía de Campeones energy drink, is making his debut as a restauranteur with Campeones, a 30,000 square-foot eatery in Mesa, Arizona.

The new restaurant -scheduled to open Nov. 10th- promises customers authentic Mexican food, a full sports bar and even a Boxing Museum, where you can host your upcoming quinceañera.

No word yet on the price of food, though I can only hope it will be a little less steep than Eva Longoria’s Beso, where you can snatch a Spanish tortilla for “only” $34.

If you thought Spanish-language TV was all about Columbian telenovelas and ass competitions, think again. Our favorite TV salesman, Vince Offer, is here to cheer you -and your spiceless food- up… in Spanish and while talking about his balls and some exciting piece of tuna.

How can you possibly go wrong with that? 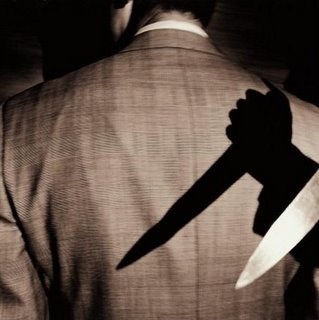 Attention, workers! Can’t stand your lousy job anymore? Worry no more. Now, you can get away from it all in 3 simple steps:

3) Blame a bunch of Latinos (or skinheads, whatever)

That is the lesson given to us by Aaron Seibers, 29, of Denver, who in order to avoid the nightshift at a 24-hour Blockbuster, decided to stab himself in the leg.

According to press reports:

Aaron Seibers, 29, told colleagues at the Blockbuster outlet in the Denver town of Edgewater that  three skinheads or Hispanic males dressed in black had tried to rob him and knifed him in the lower left leg.

“Three skinheads or Hispanic males?” … I think the guy got greedy in his accusation. I mean, you cannot have it all!