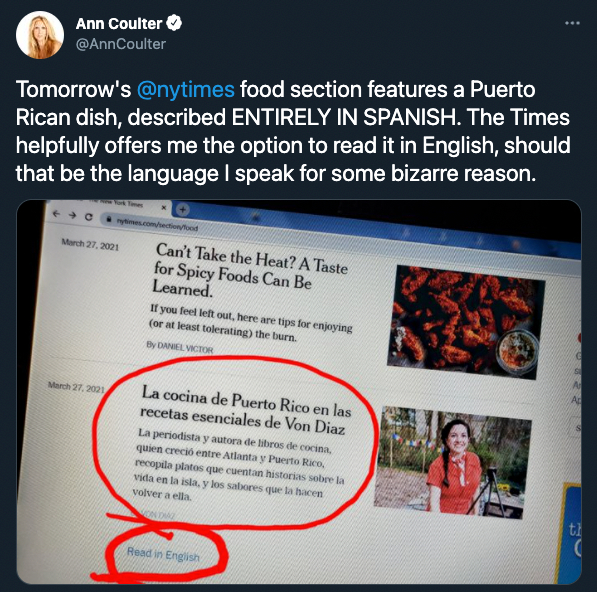 Remember when Ann Coulter promised to go to outer space and never come back? Well, not only she didn’t go anywhere, now she’s back yapping against the Spanish language –yet again. 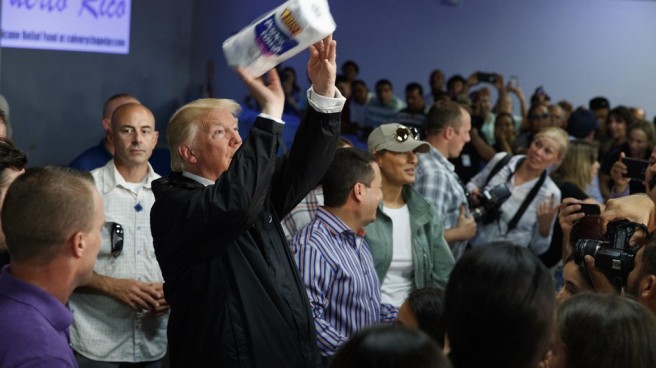 During a visit to a local church, Trump tossed paper towels, batteries and rice, among other goods into a crowd as if he were some kind of NBA-trained Marie Antoinette or something.

I’m literally speechless and there’s nothing else I need to say now. JUST WATCH.

Now that The Atlantic and other VPM (Very Prestigious Media) decided to write about the “amazing phenomenon” that Despacito is, this blogger had no choice but to acknowledge the whole thing and give Luis Fonsi and his peeps a well-deserved space on this venerable blog, because, truth be told, I have NOT stopped dancing to this damn thing for, like, weeks!

Anyhow, just a couple of things before you venture here.

First, watch the original “Spanish”-language version (below.) Then, move onto an improbable version featuring none other than Justin Bieber (yeah, don’t ask, but he’s pretty good saying “manuscrito” in Spanish.) Last — but not least — watch this blogger’s favorite Italian people filming in real time their own LOVE-HATE relationship with this damn thing!

WAIT. DID ANYBODY SAY JUSTIN BIEBER?

WHAT’S WITH THESE LATIN AMERICAN PEOPLE?

I might have been sleeping but totally missed this week’s presentation of La Borinqueña, the first afroboricua Super Woman.

According to its creator, Puerto Rican illustrator Edgardo Miranda-Rodriguez, La Borinqueña’s real name is Marisol Ríos de la Luz; she is a young Puerto Rican studying a masters in Columbia (Not Colombia) and living in Brooklyn with her parents. (She also has a body well suited for Hispanic television, if you asked me.)

La Borinqueña will also be this year’s guest of honor at this year’s Puerto Rican Day Parade to take place June 12 in New York City.

Rubén Obed Martínez (luckily not related to this blogger) likes Donald Trump so much, that he will not only vote for him, but he has written an extremely catchy song that will surely make you get up and dance.

Bloggers’s Note: I hate salsa as much as I despise Trump, but must admit this thing is infinitely better than the crappy anti-trump-Estefan-music-Mexican-thing. 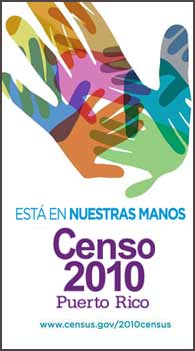 I thought I had heard everything about the 2010 Census, including NALEO’s efforts to get us off our tía’s couch and the Jesus-Caesar Augustus connection. But this one takes the cake: Turns out a Puerto Rican security guard in Bronx, New York, this week refused to fill out his Census form, because “Hispanic” was not an option under the Race box.

“For me to see this I feel kind of offended,” Richard Robles told WPIX.

And, why wouldn’t he? After all, for reasons I yet have to understand, the U.S. Census considers “Vietnamese,” “Korean” and “Japanese” a race. So, continuing that logic: If Korean people are of the “Korean race”, and “Vietnamese” people are from the “Vietnamese race,” I urge Mr. Robles’ to check himself as a proud member of the Puerto Rican race.

As for myself, I was truly offended “Human” was not an option; so I had to use the “Some other race –print race” space to spell out N.P.I. (Ni Pinche Idea)