I couldn’t make this shit up if I tried. Turns out Mexicans at the U.S. border are literally stealing the razor wire put there by Trump officials to beef up security and selling it to local residents for as little as $2 (“40 pesitos, marchanta!“)

According to The Guardian, residents of barrios abutting the border told XETW 12 television in Tijuana that entrepreneurial individuals have offered to sell them the stolen concertina wire and install it for just 40 pesos per home – barely $2.

The bad news is that people are already been arrested for stealing concertina wire along the border, BUT on the upside, this is already the favorite story of some high-profile media people, including –of course– yours truly. HA HA HA HA (or as we say in Mexicou: JA JA JA JA JA.)

Mexico stealing the wall is everybody’s favorite story ever 😂pic.twitter.com/Csv4LCfqzr 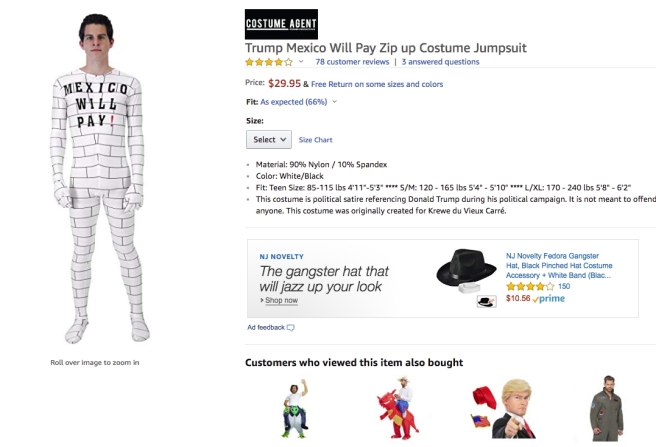 Remember that infamous Toys R Us store in Portugal?

Well, now you can add another wall-related product to a growing list of nonsensical merchandise.

Just in time for Christmas 2018, there’s the MEXICO WILL PAY for the wall zip-up jumpsuit, currently on sale on Amazon.com for only $29.95 or less!

WARNING: This thing is made of 90 percent Nylon and 10 percent spandex, which will be just perfect for hanging around with your friends at a Halloween party –as long as it doesn’t take place on a United flight.

Sign me up for a few of these, Amazon. I’m going to have some real fun during my next trip to Mexicou!.

Mr. Donald Trump is a very creative fellow, so it shouldn’t surprise you to know he has come up with an awesome idea for that U.S.-Mexican wall he will build and my people will pay for it: He wants to it to be transparent… The reason?

Here’s how the president actually explained this to journalists:

“As horrible as it sounds, when they throw large sacks of drugs over, and if you have people on the other side of the wall, you don’t see them. […] They hit you on the head with 60 pounds of stuff? It’s over.”

Wow! It’s all so simple, yet brilliant! And I’m glad to have such a thoughtful leader in charge of the free world. 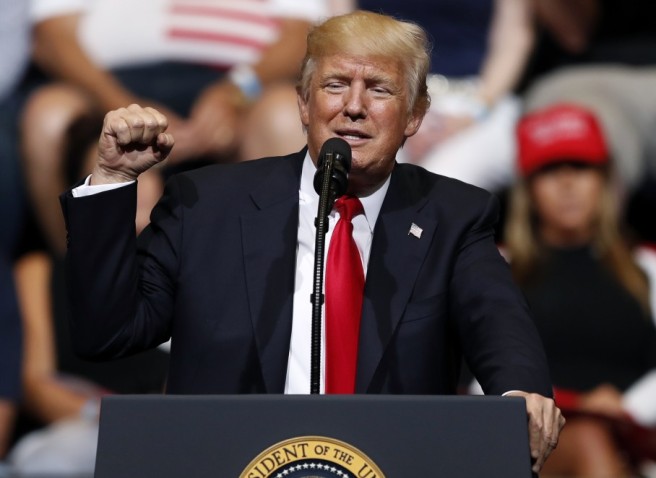 Our Commander in Chief this week reiterated his promise to build a huge, beautiful wall along the Mexico-U.S. border. But unlike previous reports, it looks like this thing will not be your regular wall, ¡no señor!: It will be a solar wall, one that will create energy, and thus will pay for itself. That way, said the-man-who-shall-not-be-mentioned, “Mexico will have to pay much less money, and that’s good.”

But that is not good, it is SUPER good, because you know what “much less money” spent on the wall means, right? It means we’ll have extra cash for tacos, tamales, garnachas and the like. So, YAY!

The owner of a weirdly named sushi restaurant in California is under fire after making a joke that some of my people (i.e. Fast & Furious Hispanics) DID. NOT. FIND. FUNNY.

The joke? Upon realizing that Hispanics tend to not leave tips in his restaurant, Wayte wrote the following on his Facebook page: 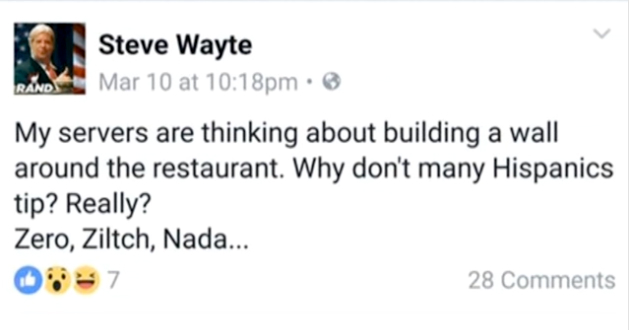 As expected, the Fury of Twitter descended on the poor guy, who had to apologize like 100 times, first on social media and then on national television, saying he did not mean any harm.

But none of this mattered, of course, because last time I checked, a local politician named Henry Perea was still pretty pissed and calling for a boycott of — are you ready? — Roll One For Mi.

Come on, people. Give Steve a break! Today for MI, tomorrow for USTEDES.

Making fun of Mr. Trump’s idiotic idea for a U.S.-Mexico border wall has become a national sport –and the subject of some questionable marketing tactics.

The latest example is this ad for Tecate Light, which aired Monday night during the first presidential debate between Hillary Clinton and Donald [the crazy] Trump. In a nutshell, Tecate proposes building its own wall — but it’s not yuuuge, but small enough to rest a beer on for a neighborly chat between gringos and Mexicans.

The tagline: This wall is going to be small but it’s going to be huge. Watch and decide for yourself: Which is the worst idea: Trump’s or Tecate’s?

Donald Trump’s latest Mexico rant is too funny to be ignored.

“Mexico will not be taking advantage of us. They will not be having open borders. And the greatest builder is me. And I would build the greatest all you have ever seen. The greatest. And just to finish, you know who’s going to pay for the wall? Mexico. With all the money that they have taken from us.”