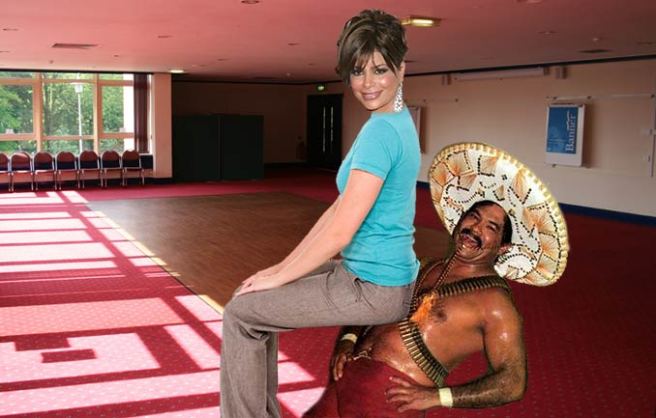 As if there was nothing better to worry about us, “poor Mexicans” (i.e. economic collapse, rampant violence, daily kidnappings, swine flu, etc. etc.) the latest controversy regarding my people has to do with the upcoming Mexican release of Brüno, the movie featuring a gay model-turned-TV reporter played by Sacha Baron Cohen.

In his regular Miami Herald column, Argentinean journalist Andrés Oppenheimer slams Brüno for being “particularly brutal to Mexicans.” The brutality, he says, is clear during a scene in which Brüno invites his celebrity guests to sit on top of live Mexican men on their fours.

“Come and sit on our great furniture,” Brüno tells one of his show’s guests, Paula Abdul. “These are our Mexican chair people. Demi Moore has two of them in her house.”

To spice up the column, Oppenheimer quotes yet another Bruno: Bruno Ferrari, the head of Pro-Mexico, the Mexican government agency in charge of revamping the country’s image abroad, who confesses to having mixed feelings about the whole thing (though I’m not really sure if he knew anything about Brüno). Promptly, he sentenced:

“We will have to do a profound analysis to see how to react to this.”

(I’m happy to know my family’s tax money is finally being put into something useful.)