If you’ve ever visited Mexico, I’m sure you have noticed the ubiquitous organ grinders (known as organilleros,) that tend to gather around main plazas or outside churches to provide entertainment –and one of the most characteristic sounds of my country.

Nowadays, most of Mexico’s organilleros belong to a union (formed in the late 1970s) and wear their characteristic brown uniform and hats. But there are exceptions, of course, as this dude found by a friend in CDMX, who roams about the streets of the capital city dressed up as none other but The Grinch.

And this, my friends, is the most charming thing I’ve seen lately in this annus horribilis.

WATCH HIM IN ACTION:

The East Los Angeles-band Las Cafeteras has partnered with the New Georgia Project to create a Spanglish version of the iconic song “Georgia on My Mind” to support Black and Hispanic participation in the Georgia US Senate Runoffs.

“We re-imagined the song as a cumbia w/trap elements to build bridges among the changing demographics in the South,” said Las Cafeteras on their YouTube channel. According to NBC, the The Latino electorate in Georgia is relatively young, and many are U.S.-born children of immigrants. Latinos are about 380,000 out of the 7.5 million eligible voters in Georgia overall, per the Pew Research Center.

The runoff elections, which will take place January 5, are very important as they will determine if Republicans or Democrats control the U.S. Senate.

The catchy song was launched with a video directed by Roberto Escamilla Garduno and Giovanni Solis. It tells a story of all those who are looking to Georgia, travelling to the state “to amplify the voices of the people organizing to #FinishTheFight”

If you have been paying attention, you’ll know by now that Latinos understand things better if they come in the form of music, whether it is to inform us about the perils of coronavirus; to let us know how great things would be under Bernie Sanders or how disappointed my people are with Donald Trump.

And so in keeping with the tradition, the Biden campaign has released the Todos con Biden salsa, a 3:30 minute long Spanish-language song with some “inspirational” words to help pitch the message of abuelito Joe among my people (i.e. The Latinos). Performed by Ander DeFrank (aka El Negro que Canta) the song kicks off by telling us that a Biden presidency will restore the nation by doing several things, including extending access to education and put an end to detention centers at the border, among many others.

For the monolingual, the chorus goes kind of like this…

Biden, Biden is the safe road

Let’s walk together, hand in hand

All for one, one and for all

Biden is a serious, honest and trustworthy man…

You get the drill. Now WATCH (if you can endure the 3-plus minutes of this thing; I’m off to make myself a drink.)

American Latinos United (ALU), a SuperPAC created with the sole purpose of defeating president Trump by activating Latino voters in key battleground states, has launched its first TV commercial, a sad reminder of the lessons being taught these days to our children –Latino or otherwise.

A joint effort by former Los Angeles Mayor Antonio Villaraigosa and entrepreneur Fernando Espuelas, ALU’s sole strategic goal is “to decrease President Trump’s share of the Hispanic electorate by a small percentage change that would thereby deny him an Electoral College win and re-election to a second term.”

While the elections are still a few months away, ALU’s commercial is a sad (and timely) reminder that what we have right now in the White House can’t be good for children and adults alike, regardless our ethnic background.

Alexandria Ocasio-Cortez has a way to respond to haters.

As part of the premiere episode of Showtime’s Desus & Mero, the New York City native decided to show her critics that she’s not only a kick-ass politician but knows her way around a bodega and a taquería. Oh, and she will also mix you a margarita. And just so we have it clear: These people in Washington D.C. are “not smarter than a bartender.”

Watch Ocasio-Cortez as she joins her fellow Bronx natives, show hosts Desus Nice and The Kid Mero, on a tour of their home borough that includes bodegas, happy faces, burritos, margaritas, Bohemia beer and even Jarritos de piña.

Roberto De Jesús Escobar Gaviria, the brother of late Colombian drug kingpin Pablo Escobar, has joined the foldable phone fever with the Escobar Fold 1, a $350 device that comes unlocked and claims to be compatible with “all networks” worldwide.

I don’t know about you, but I’m too distracted by these models to pay attention on the thing’s specs, price, durability, gigabytes, chipset, etc. etc. But the ads are mesmerizing. Here are just a couple…

I think there’s a phone here, but I’m not sure…

AMLO’s long pauses make you nervous? Worry not. I give you “Sitcom AMLO” where canned laughter will make everything so much better… 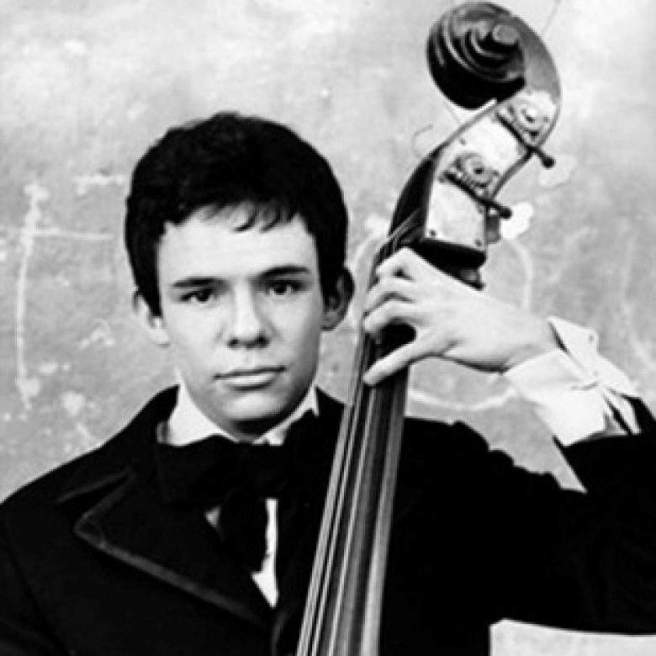 You probably don’t know this, but José José (né José Rómulo Sosa Ortiz) was not only one of my favorite Mexican singers; he was pretty much responsible for a lot of crying during my yesteryears. So many of my memories from Mexico are intrinsically linked to a José José song: The first time I got drunk (on a disgusting bottle of Padre Kino white wine;) my first kiss; my first heart break…

I don’t exaggerate when I say José José was the soundtrack of my family life back in Mexico growing up. And, just like Juan Gabriel, another Mexican grande who left too soon, José José was already a staple in my home way before the hipsters or younger people discovered his beautiful voice. Awwww, the parties in San Pedro de los Pinos with us singing out loud to the tune of No me digas que te vas, El triste, Gavilán o paloma or Si me dejas ahora, my mom’s personal favorite.

I’m not sure heaven exists, but if it does my mom is in for a big fiesta with two giants who –just like her– left us way too soon.

Why make your 2020 presidential campaign goodies in the USA when you can make it for way less money in Mexico? WATCH as this little magnet reveals its true origins. LOL.

Note: A friend of mine sent me this video but didn’t want me to reveal her identity. 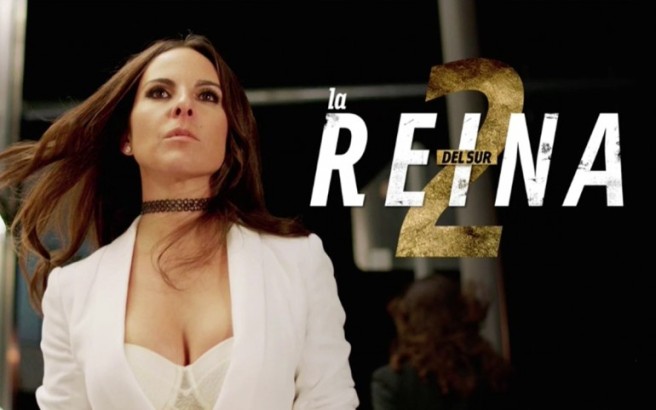 La Reina del Sur Season 2 is set eight years after Mendoza disappeared into the U.S. Federal Witness Protection Program for bringing down a Mexican presidential candidate. Now, she is coming out of anonymity and is determined to reclaim her throne as the Queen of the South –while whacking a few bad hombres in the process.

The controversial Del Castillo became world famous not precisely because of La Reina del Sur but because of her secret meeting with Joaquin “El Chapo” Guzman Loera and the now infamous Sean Penn journalistic brouhaha.

WATCH as this Mexican sorts out all kinds of shit in order to get ahead of her game. 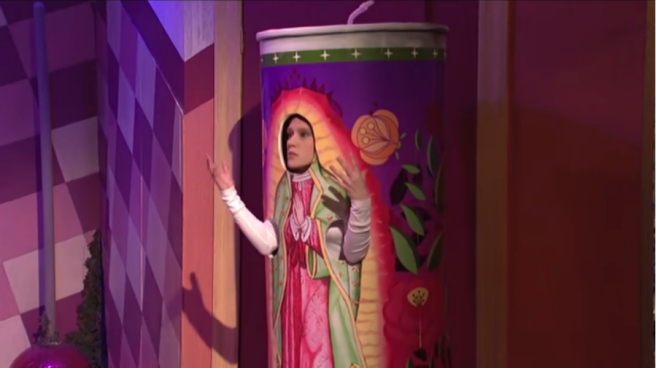 It is no secret that bodegas are a wonder of sorts. No matter the time of day you will surely find all your basics. Late night-condoms? a Guadalupe Virgin candle? Emergency tampons? Terrible coffee? …. The bodeguero has your back.

Oh, but try not asking him to use the bathroom, unless you want to unleash a series of… hilarious musical events. 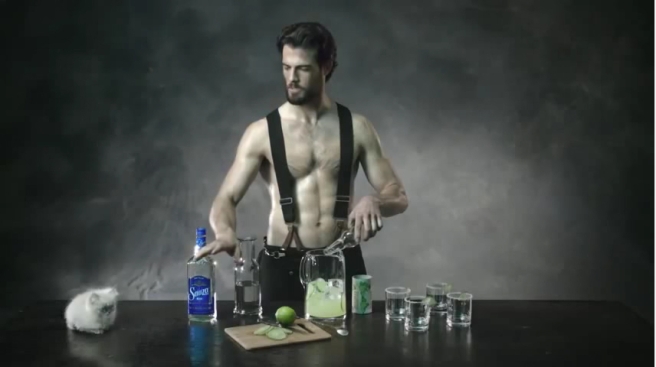 Being a real Mexican and all, I’m not the one to drink margaritas, but the folks over at Sauza Tequila have won me over. Hands down.

And to think I’ve been so negative about advertising….

Sauza: Make it With a Fireman Campaign 2012 from assortment on Vimeo.

Robert Ellis, a Houston-native, has written a song about the deliciousness of…. Topo Chico, that other Mexican import that –along with avocados– has swept Americans off their feet.

The song is called –what else?– Topo Chico and it’s, well, an ode to the greatness that is a freshly-opened bottle of Topo Chico … with a little bit of lime.

Listen to this thing … if you dare. 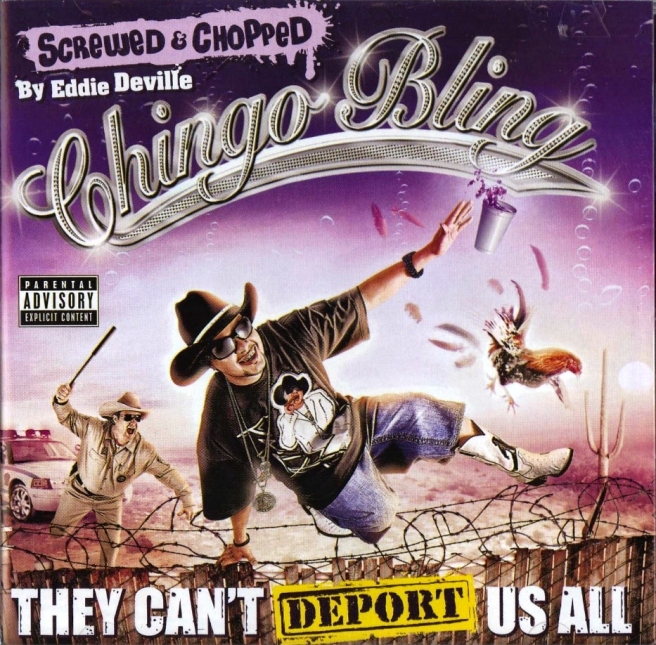 If you are not Hispanic or –like me– are not a fan of rap, chances are you have never heard of Chingo Bling, but he has a new single out and it has the best title ever. They Can’t Deport Us All features a comedic take on the always exciting Migra vs. Mexicans action at the border. (According to several press reports, there are people who were not pleased by the name of this album, but what are you going to do?)

The lyrics are also funny –and racy– as hell. Take a listen and remember: They Can’t Deport Us All.

This is what happened. On Wednesday morning, Sweden beat Mexico 3-0, but Mexico managed to advance to the next round of the 2018 World Cup because Germany was eliminated after falling 2-0 to South Korea on the same day.

This, of course, made it for a massive Mexican-Korean party worldwide that I’m sure will last all day long –and probably will go on for the long weekend and until the next Mexico game (Monday, July 2.)

As soon as the news of the German defeat broke, Mexicans in the stadium started to chant and hug each other even when their team was losing 3-0 to Sweden and was clear it will never recover. Chilangos in Mexico City, meanwhile, took to the streets and marched all the way to the South Korean embassy to thank Koreans for “their service” in the most awesome way; singing the popular Cielito Lindo, bringing gifts to the Korean Ambassador and lifting random Koreans in arms and cheering them on. ¡Hermano, coreano, ya eres mexicano!

Similar scenes were recorded everywhere, from New York to Moscow and from Los Angeles to Seoul.

There’s a ton happening right now, but CLICK ON the following slideshow to see only a few of the best memes regarding our new hermanos coreanos.