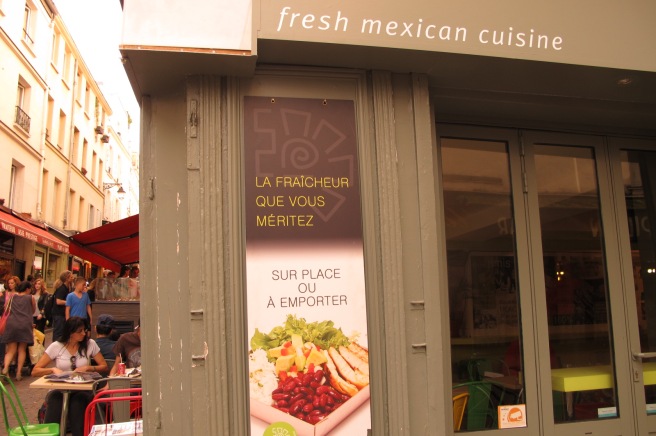 Looks like Parisians have found a terrific way to cater to the waves of American tourists during the summer vacations: Extend the offer of American food (hamburgers, club sandwiches) to a more multiethnic fare that now includes bad Mexican food.

This joint in the heart of la Rue Mouffetard makes it a point to target the right audience, as it is not cuisine Mexicaine fraîche; but Fresh Mexican Cuisine.

Oh, and guess who was eating here….

3 thoughts on “The French Cater to U.S. Tourists With Bad Mexican Food”