Mexican Rats Smoke Cigarettes, and are Dying From it 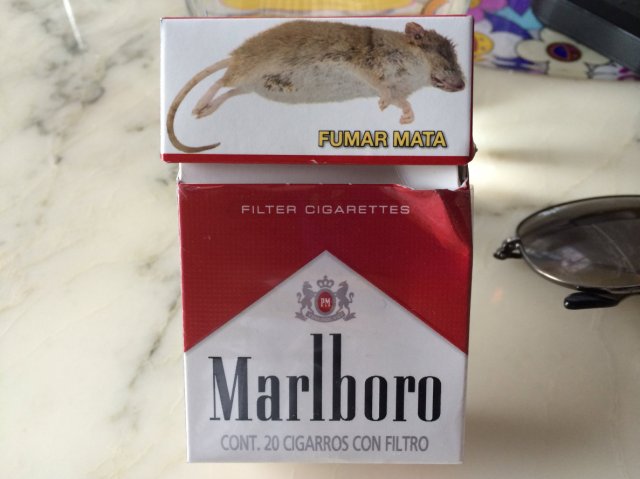 The infamous dead rat is back on Mexico’s cigarettes packaging.

Let other countries use graphic images of low-weight babies, cancerous lungs or people exhaling smoke through a tracheotomy opening to show the perils of smokers. The Mexican government has decided to go a slightly different way.

Mexico’s health authorities decided to bring back the image of a dead rat covering the top half of cigarette packages. The reason? It is the one image that — according to a survey among Mexican smokers — will be more likely to help them quit.

Mexico’s health authorities are so naive they fail to see smokers were just screwing with their heads.

This entry was posted in Latin America, Mexico and tagged cigarettes, Marlboro, Mexico. Bookmark the permalink.

1 Response to Mexican Rats Smoke Cigarettes, and are Dying From it