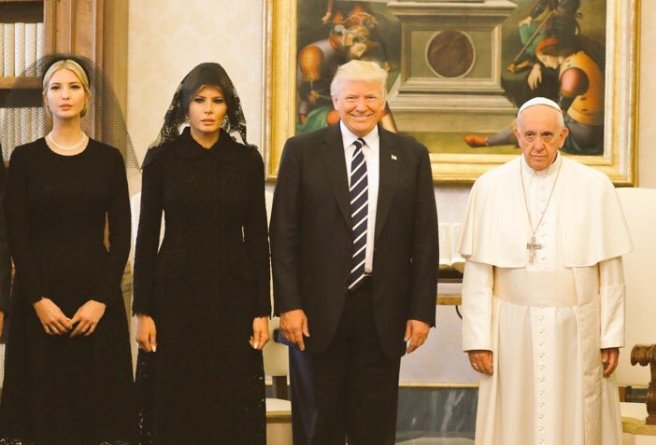 Everyone has seen the pic now: An awkward-looking Pope Francis who looks as if he is being held hostage inside his own home, posing next to a cheerful Donald Trump and his wife and daughter, both in black and wearing black veils — for some reason.

Enter Mexican Twitter (more specifically the great @Vampipe) who turned the image into an international PNG for us to play along.

Note: These are only starting to trickle in and I’ll be uploading more as they come, so keep coming back and have fun! 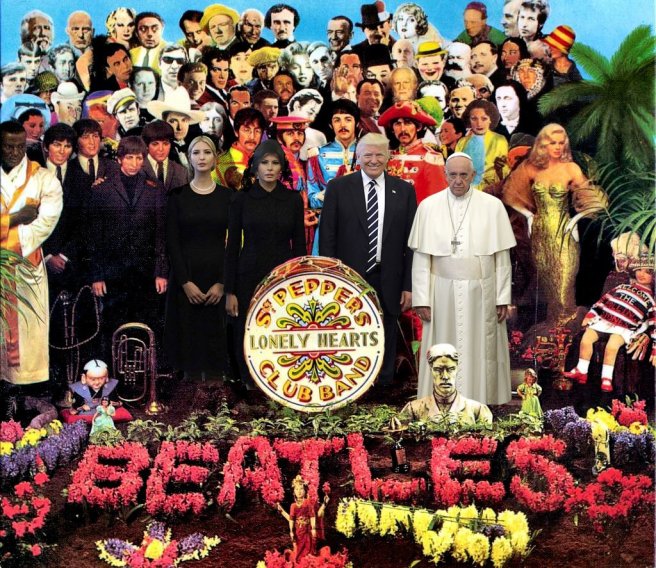