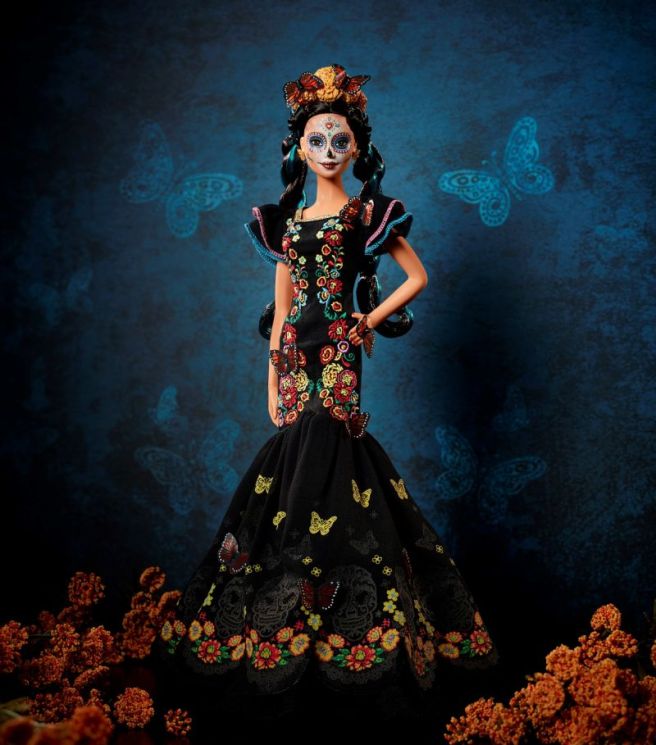 Come November, there’s one thing that really, really, gets on my nerves (besides pumpkin-spice stuff, of course) and that is America’s obsession with the Mexican tradition known as Día de Muertos (basically Day of the Dead) or as some gringos dare calling it: Mexico’s Halloween.

Anyhow, in a move that I can only interpret as spite –and to mess up with me and my fellow Mexicans– Mattel on Tuesday announced the upcoming launch of a Day of the Dead-themed Barbie to be called –what else?– Barbie Día de Muertos. Duh.

According to an unnecessarily long press release: Barbie Día de Muertos will feature a “long, embroidered dress decorated with flowers and butterflies. The final touch is completed by a crown with the iconic monarch butterflies and the cempasúchitl flower to honor, in every way, the symbols and offerings of this emblematic Mexican tradition.”

And I thought Barbie Frida Kahlo was pathetic. Now if you excuse me, I’m off to find a non-pumpkin-spiced triple shot of mezcal or something. 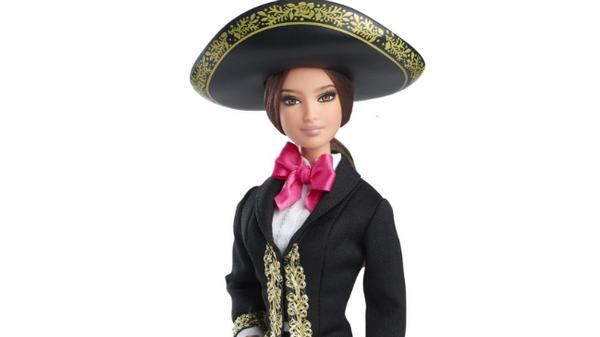 I don’t know how many ridiculous Barbie posts I’ve written for this old blog (they are here, here and here). But who is counting?

In the latest marketing move, and apparently unmoved by the likely wave of criticisms, Mattel says it will launch a Mariachi Barbie edition to celebrate the upcoming Mexican Independence holiday.

I seriously think this is great, you know, perhaps we can finally match her up with her perfect companion: This guy. 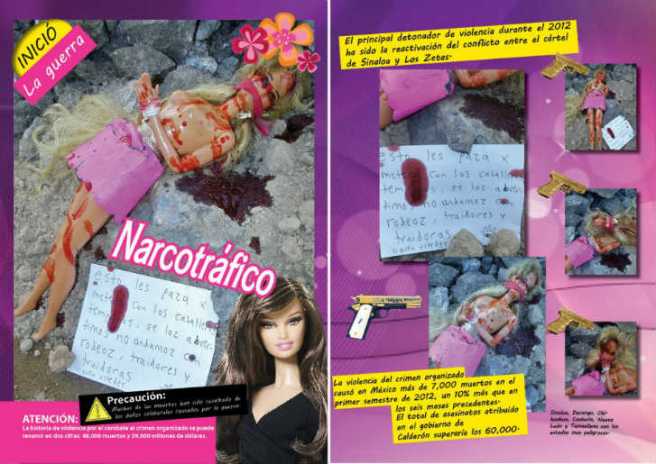 Mexican native Omar Ariel Cortés has created a Facebook page showcasing a world in which Mattel’s famous Barbie doll leaves her magical world to join a more sinister one: the world of drug dealing, breast cancer, single motherhood, prostitution and migration, mostly from a Mexican perspective.

I do not know this guy, but I think some of these images are quite powerful. Besides, they are much more real than Mattel’s now infamous Mexican Barbie. 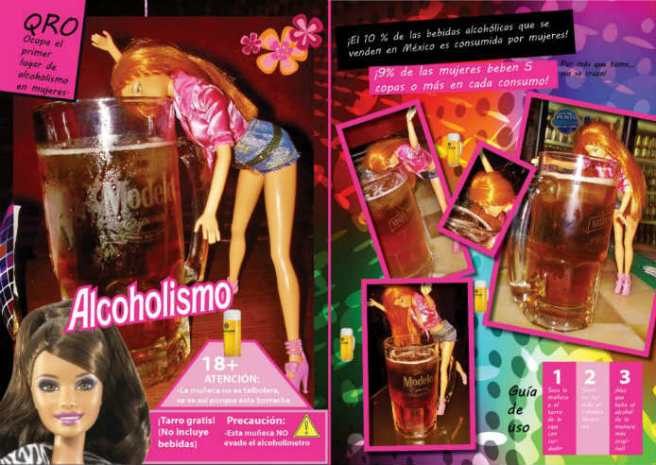 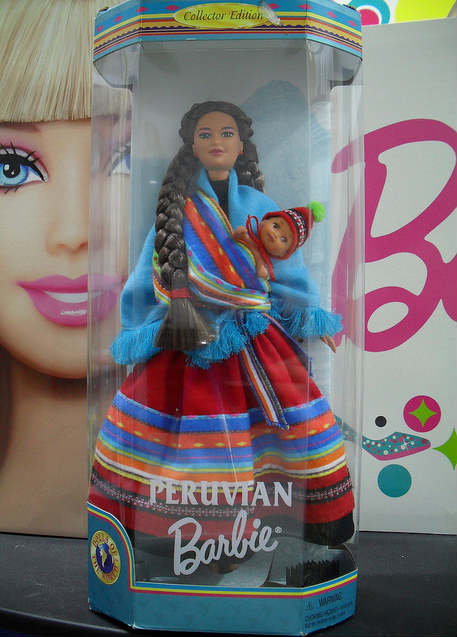 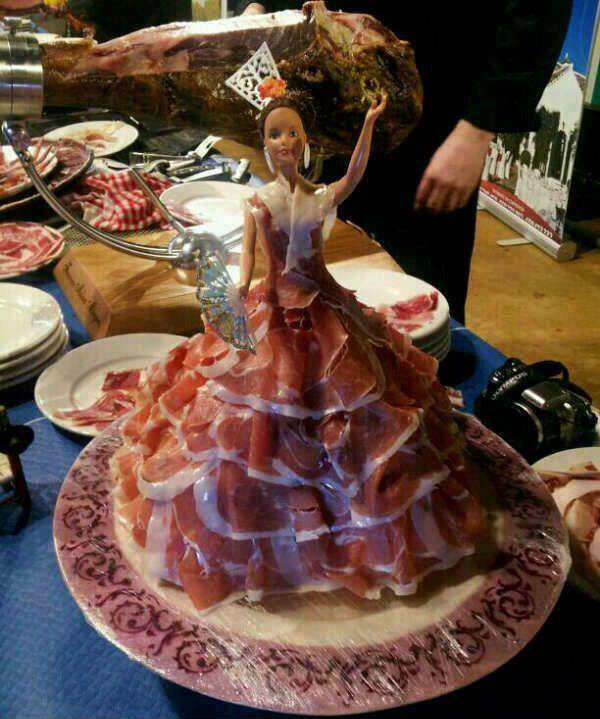 On the heels of the Barbie Mexicana brouhaha that I so inadvertently started, I decided to go on a worldwide hunt for the next controversial, culturally-relevant and irreverent Barbie doll.

Here she is. She is proud, meaty and looks absolutely delicious. Besides, this one doesn’t come carrying a pet pig or something weird like that, so it should go down history with less controversy as the other Barbie Dolls of the World.

So, what is Mattel waiting for? 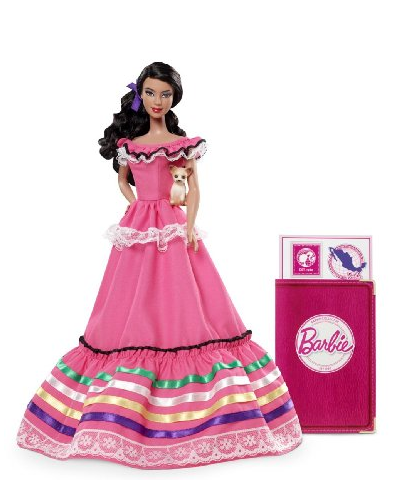 The folks over at Mattel are so smart, that not only they have come up with a Mexican Barbie, but they have given her all the possible tools to go around the world undisturbed.

In addition to a “wonderfully bright pink dress with ribbon accents,” Mexican Barbie comes fashionably ready for a fiesta with her Chihuahua friend (we all do.) But that is not all: According to Mattel, this beauty features accessories that “add play value,” including a passport and sticker sheet.

It is not for me to inform you about the “play value” that a passport provides, so go ahead! Play with your Barbie Mexicana and don’t even think of calling her indocumentada. Oh, and she can be yours for only $24.50 on Amazon.com

IMPORTANT UPDATE: This blogger has found a Mexican Ken to go with the Mexican Barbie. Here it is: 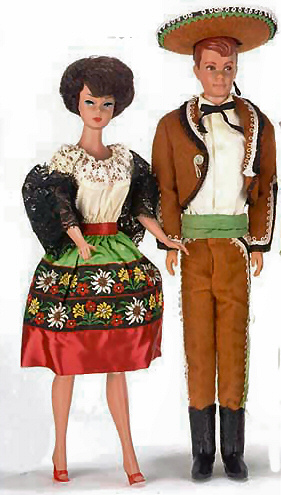 After decades months of despair for not being able to see myself in those slim, cute Barbie dolls, I found one that actually looks like this blogger after indulging in too many “typically-Latino” breakfasts.

The print ad is actually part of a broader campaign executed by Austin, Tx.-based LatinWorks for Active Life Movement, an organization that for some reason wants me to get up and move. The campaign includes other fatsy superheroes, including a not-so-cute chubby Superman. 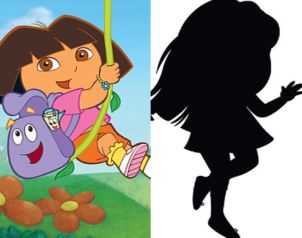 I’m sure you heard all about it: Dora the Explorer is getting a sexy makeover, and while Mattel and Nickelodeon have only released a silhouette, the new Dora is sure to make your palms sweaty (Well, not really):

“The revamped Dora shows her with long locks, a short skirt and pointed ballet pumps.”

Meanwhile, a group of idle concerned mothers have filed an online petition to ban the new look asking: “What next? Dora the Cheerleader? Dora the fashionista with stylish purse and stilettos? Dora the Pop Star with Hoppin’ Dance Club and “Juice” Bar?”

And, may I add: What about Dora, the Spanish-language broadcast weather girl featuring a good pair? Anyone?