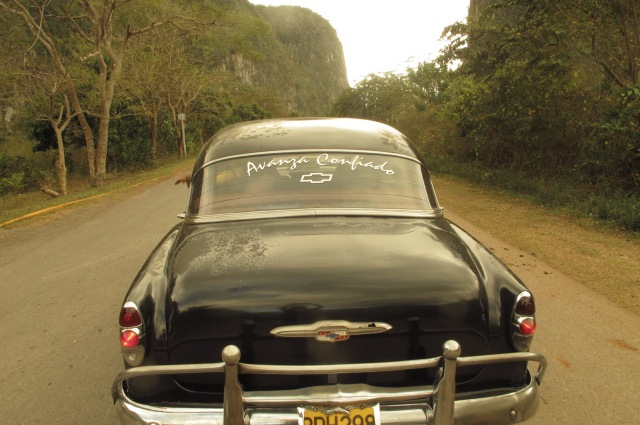 Remember Toyota’s ‘Avanza Confiado’ tagline for the U.S. Hispanic market? Well, it seems the automaker hasn’t used it for a while, apparently because 1) It sounds awful and/or 2) They found a better copywriter.

Either way, that doesn’t seem to bother this Chevrolet owner in Viñales, Cuba, who was proudly driving around in a 1950’s Chevrolet which -by the way- seemed to avanzar lento, pero con mucha confianza. 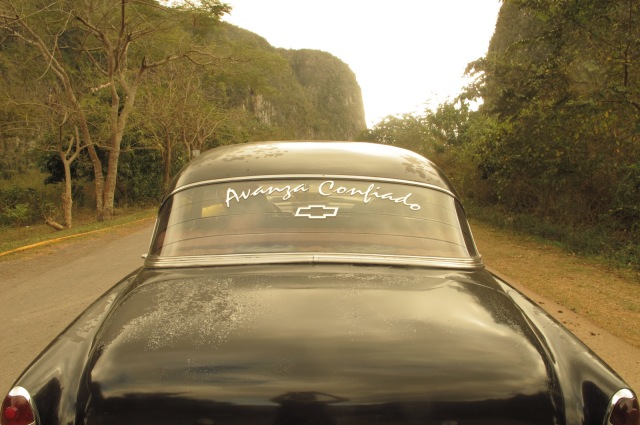 This entry was posted in Cuba, Latin America, Marketing & Advertising. Bookmark the permalink.