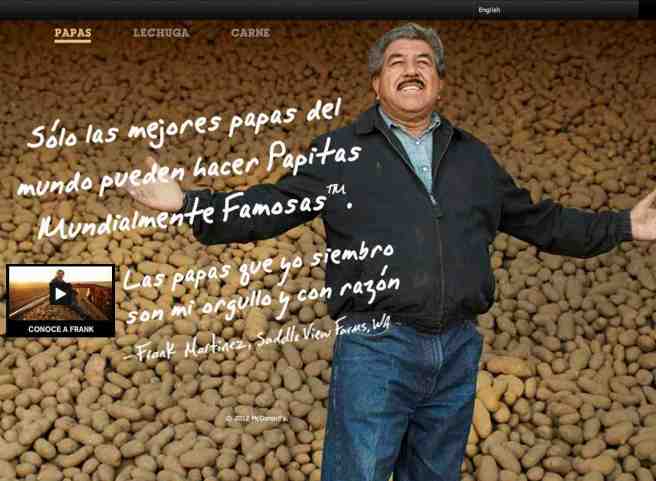 Meet Frank Martínez (alas, not a relative,) a potato grower from Saddle View Farms, WA, who thinks his potatoes are much better after they get peeled, chopped, fried and chemically manipulated by McDonald’s. (Presumably because he has a tendency to bite into raw potatoes, which have got to taste pretty bad.)

Mr. Martínez is one of several real-life suppliers featured in one of McDonald’s latest U.S. ad campaigns.

Go on. Watch him bite into a raw potato. Right. Now!