Awww, the wonders of gentrification!

I remember when you could just go have a simple, no-frills, $1 taco around my neighborhood. But these days the Hamilton Heights-West Harlem area is rapidly filling up with posh, mostly unaffordable “ethnic” places, catering to a mostly non-ethnic crowd who has realized living uptown is not that awful after all.

Take Oso, a recently opened Mexican restaurant on Amsterdam Avenue, whose menu would be simply awesome (or should I say Ósom?) if the currency of its plates were in pesos and not dollars.

Take the “platos ligeros” or appetizers (below.) I mean, really? I don’t want to have to get a job in Wall Street to be able to afford a tostada. Give me a break, man. 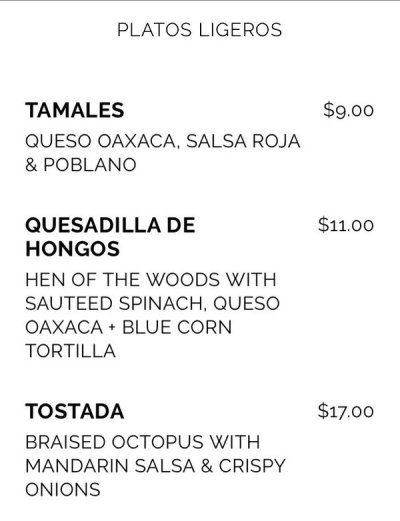